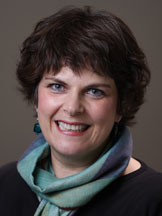 Prior to her election, Lynne was a professor at Seattle Central Community College, President of AFT Local 1789 and First Vice President of AFT Washington. She has a Ph.D. in Social Welfare from the University of Washington; an M.S. in Community/Clinical Psychology from Cal State Long Beach, and is a graduate of Inchelium High School in Inchelium, WA.