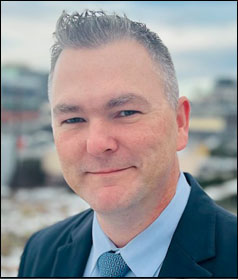 John Traynor (he/him) joined the WSLC as Legislative Director in December 2022. In this role, he works alongside WSLC Government Affairs Director Sybill Hyppolite to advance the policy agenda of the largest labor organization in Washington state, its affiliated unions and allied community organizations.

Traynor joined the WSLC from the International Brotherhood of Electrical Workers Local 191 based in Marysville, where he most recently served as Political Director. He has lobbied the Washington State Legislature on behalf of his union and its members, particularly in support of job-creating transportation and infrastructure projects.

A U.S. Army veteran, Traynor has worked in the electrical construction industry since 1994 and as an IBEW Inside Wireman since 1998 as a member of both Local 191 and Local 48 in Portland, Oregon. He has served as an officer of Local 191’s executive board, as the union’s Registrar, and as a Delegate to the Snohomish & Island County Central Labor Council and the Northwest Washington Building and Construction Trades Council. In addition, he serves on the Board of Commissioners for the Everett Housing Authority, which strives to create affordable housing, foster healthy communities where households thrive, and replace systemic racism with equity for all.