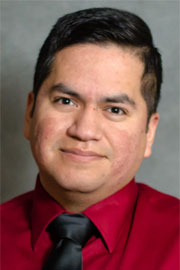 Before joining the WSLC staff in August 2018, Manny served in multiple capacities for Electrical Workers (IBEW) Local 73 in Spokane. After graduating Local 73’s apprenticeship program and while working as an electrician, be became active in his union. He was elected as Recording Secretary and named Chair of its political and community committees, eventually getting hired on as Local 73 Registrar. Also active in the Spokane Regional Labor Council and Spokane’s chapter of Washington Young Emerging Labor Leaders (WA YELL), Flores was elected to serve as a WSLC Vice President in 2016, representing its 5th District, and soon became Chair of the WSLC Economic Development and Transportation Committee.